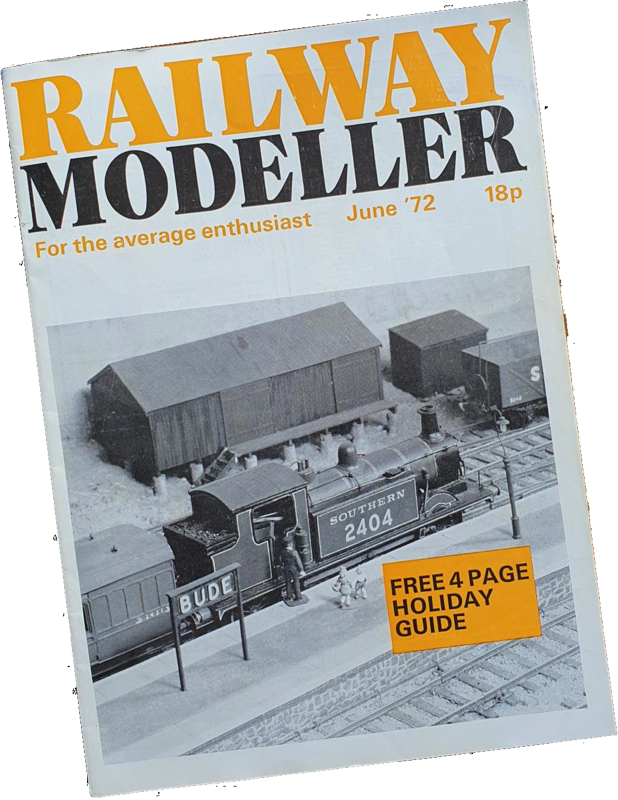 Recently while making space for some of my father’s things, I came across an old issue of Railway Modeller magazine.

While leafing through the pages, a letter caught my eye.

It was from a C. A. Zanelli in Trieste, Italy and his letter titled ‘Is This A Railway?’ expanded on a topic I’ve long considered. Namely, what kind of modeller are you?

Mr Zanelli commented, “I think there are two kinds of persons…. I call them the ‘Railway Modellers’ and the ‘Modellers of Railways’.

“A Railway Modeller is”, he explained, “a modeller whose main interest lies in railway practice, and he is therefore an expert (and a modeller) of tracks, paintwork, signals, rolling stock, engines etc. etc.

“The charm of his layout is Operation: he studies timetables, he modifies his tracks according to his necessities (which may – and may not – be realistic, I mean be ‘prototype’ necessities) he amazes his relatives and friends by operating fifteen trains at a time: his is easily recognisable by looking at his layout, that is mostly track, sidings, points, a tremendous amount of engines and wagons, a lonely station building and some proprietary huts, meadow hedges, a road coming from nowhere, leading nowhere else, three slightly off-scale model cars, two scale figures per square yard.

A Modeller of Railways, on the contrary, is a modeller interested in preserving (or re-creating) the atmosphere of a real railway, and he is therefore the strange guy which is often seen on holidays wondering along branch lines, with his camera and copy-book and a fanatic look on his face. He is not so expert in timetables, but he modifies his layout only to make it the nearer to reality the possible.

The charm of his layout is this, indeed: Reality. He amazes his friends and relatives by showing them the scale pipe in the scale mouth of the scale stationmaster (pipe handpainted in chocolate and brown!) and similar wizardries.

His layout is very easy to recognise: few tracks, many houses, cottages, cars, trees, a river and 12 scale figures per square yard. “

Along with Railway Modeller and Modeller of Railways, I know many who I’d describe as Model Railway Operators. If you’re one of these, your enjoyment comes from just running trains.

You’ll be less focused on the correct operation or glorious models around the railway although you want the layout to work credibly and to have some landscape/buildings as your the enjoyment comes from seeing your trains running. The other two are simply a means to an end for running the rolling stock around.

But which are you?

Is your layout an accurate representation of a real railway or are you a Modeller of Railways and get your buzz from creating lifeline landscapes, scenery and town scenes?

I’m very much the latter.

I pay attention to my railway elements but I get a bigger buzz from the creativity of making dioramas and landscapes through which my trains operate.

Which are you? Share which of these three types you are in a comment and let’s see which is the larger group.