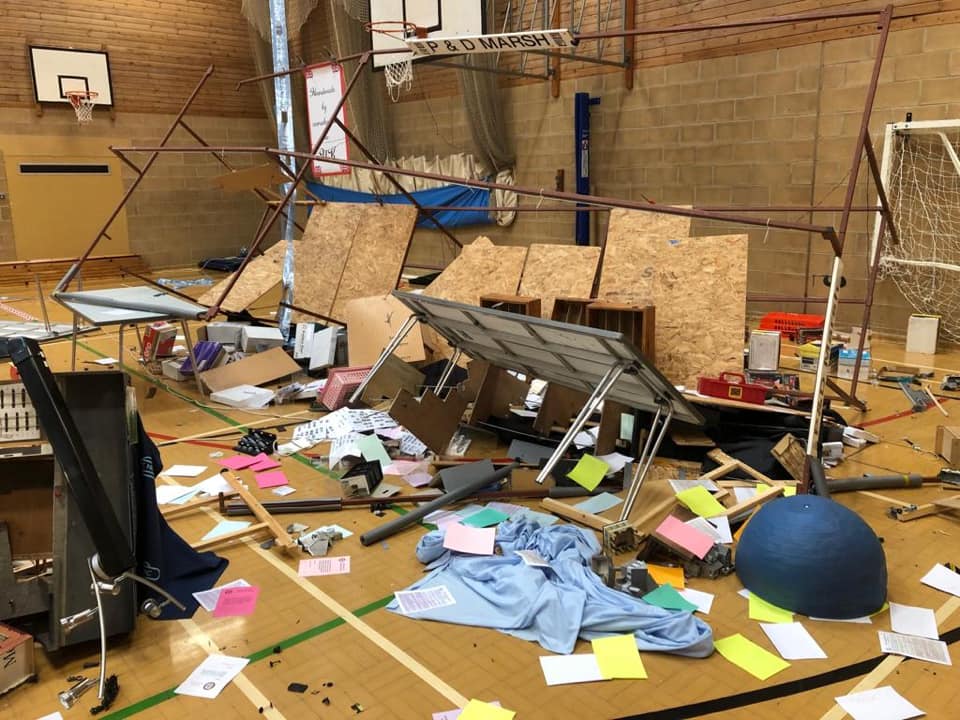 Modellers around the world have reacted with sympathy, sadness and anger to the news that numerous layouts at Market Deeping Model Railway Club’s show in Stamford have been destroyed in an act of senseless vandalism.

The destruction took place in the early hours of this morning (Saturday 18th May) at Welland Academy, Stamford’s secondary school, where the layouts and trade stands were arranged for the model railway club exhibition.

Exhibitors and traders arriving for the show found their layouts and rolling stock, many hand-made over many years, had been smashed to pieces.

Helmthwaite and Chapel Lane layout, which took ten years to make along with a Black 5 locomotive and 20 years worth of kit built stock was ‘trashed’ according to John K commenting on RM Web.

Peter Davies, Chairman of Market Deeping Model Railway Club which organised the show, said in the Stamford Mercury: “This is devastating. I have never seen anything like it.

“It’s heartbreaking. There were grown men with tears in their eyes because of what had been done, and I was one of them.”

Modellers across the world reacted with shock, sympathy, sadness and anger at the news with hundreds commenting on Facebook groups and pages.

Kes Jones, commenting on the Trains4U FB page which was one of the first to report the news, summed up many comments being shared saying “sending heartfelt sympathy to all, felt physically sick when I heard this news and can only begin to imagine how devastating this is for everyone… Very sad news indeed.”

While Rob York reflected the pain being felt. “So shocked to hear this. Sole destroying for all and especially the exhibitors.”

Discussions are taking place as to what support can be provided to exhibitors and traders and I’ll update this page with developments.

Update: Police were called at 4am and four youths were been arrested on suspicion of burglary. A fund raising campaign has now been set up to help the club recover.

Photo: The P.D. Marsh stand at the Market Deeping Model Railway Club show in Stamford after the vandalism.