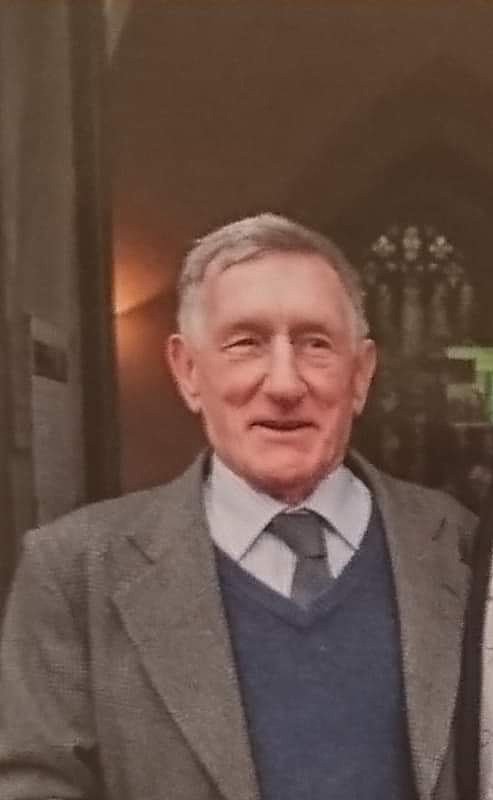 This isn’t a post I expected or wanted to write.

Earlier this month, I picked up the phone and answered the call we all dread. My dad had passed away, peacefully but unexpectedly, in his sleep.

Richard Leaning was 83 which, I’m reliably informed, is “a good age”.

To me, he was my dad. A slightly eccentric, highly intelligent, caring father who shaped me and my two brothers in a million and one ways and who is in no small way is responsible for Model Railway Engineer. This post is dedicated to him.

My brother’s and I grew up in a home where science, engineering and knowledge ruled. He counted photography, astronomy, geology, music and electronics amongst his interests and they played a huge part in our childhood.

While my peers played football, my time was spent watching dad making telescopes and mixing chemicals for developing film. We played with rare earth metals (we spent ages testing how heavy a tin of Lead was, rolling liquid Mercury around and marvelling at how a radioactive material he’d obtained lit up my face under the duvet. Our evenings were often spent fixing broken electronic circuitry dad bought home from his work at the BBC.

We still wonder how we survived our childhood unscathed but we wouldn’t change it. We grew up with a thirst for knowledge, science and discovery of the unknown (StarTrek was a firm fixture in my TV viewing).

For me, this translated into an interest in technology (which enables me to create and maintain this website), creativity, history and strangely model trains. This last one, more so than I realised, was down to dad.

Until recently, I believed my interest in trains stemmed from my early years.

In a setting that Edith Nesbit could have set the Railway Children in, we lived in a house with a railway line at the bottom of the garden. Dad made a swing, which hung from a tree, and I’d sit on its wooden seat watching the trains that passed by on their way to destinations I knew not. The gentle rocking of the swing carrying me off into a peaceful sleep, to dreams of railway journeys to far distant lands.

Even now, as mentioned in some of my recent posts on Instagram, I still turn to my model railways to relax and get away from stress.

On a wooden train, Dad made for me from an old Telegraph pole.

I thought it was this exposure to trains in the garden that gave me the train bug, and dad being a loving father supported and nurtured my interest.

He built a little wooden train for me to sit on in the garden (made from telegraph poles that run along the railway line) and bought my first train set. He also constructed the baseboards that ran around my bedroom for my early layouts and showed me how to solder the wiring. We built Mamod and Airfix models on the dining room table, much to the consternation of my mum.

But while going through his things I discovered books on trains, with the locomotives he’d seen nearly ticked off.

I had no idea about this interest but it transpires he was very much into steam and diesel. On mentioning this to others, I was told about journey’s he’d taken to see trains.

I never knew and I wish I had.

Now I’m beginning to wonder how much this interest shaped the purchase of our family home with its railway line at the bottom of the garden and a nearby signal box?

It seems my passion for trains runs far deeper than and from much earlier than I knew. Can you inherit an interest in trains?? 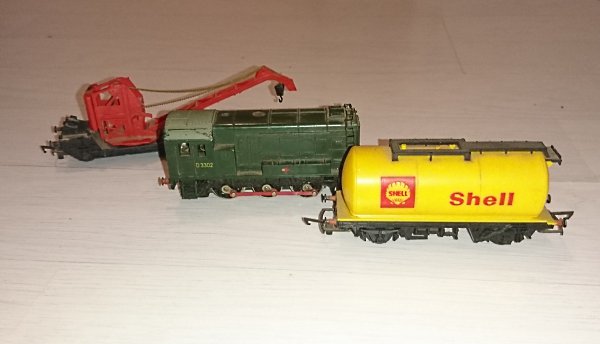 Dad kept them! Some of my very first trains. I still remember playing with these, the Shell wagon and train bring back happy memories.

I also found some of my original OO gauge trains. I thought these had long been lost and finding he’d kept them, in their original home-made box adorned with Lego stickers, meant the world to me.

In a nearby drawer, I also discovered a Hornby poster on which he’d scribbled the prices of various locomotives. Strangely this was a recent poster, from just a few years ago, and I can’t help but wonder if he was planning to start a new railway?

Sadly, I’ll never know now but I take solace from knowing that thanks to him, model trains have been a part of my life from the earliest years and they were a part of his life right up until the end.