A big week for Hornby 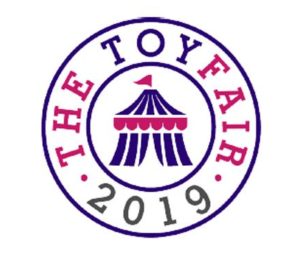 Hornby is going to need a bigger awards cabinet.

While Model Railway Engineer has had a good week, picking up an award in the Website of the Year category at the British Model Railway Awards, Hornby cleaned up. 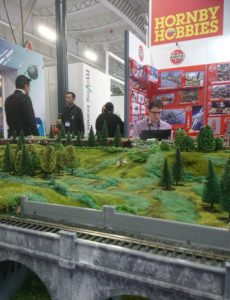 First up, was news from the 2019 London Toy Fair where Hornby was showing its new ranges to the toy trade.

I chatted with Marketing & Product Development Director Simon Kohler and got to take a closer look at their new releases and was suitably impressed. And it wasn’t just me, the assembled press and media voted Hornby’s Hogwarts Express Train Set the overall winner of the Editor’s Choice Awards.

Given the Toy Fair isn’t just about model railways but all toys, with exhibits from giants Lego and Hasbro, this is a significant win indeed.

How do you trump this?

In the British Model Railway Awards, also announced this week, it won one gold, four silver and two bronze awards, including ‘Overall Manufacturer of the Year’. Hornby’s haul can be seen here.

Montana Hoeren, Hornby’s Brand and Exhibition Manager, said “Nothing beats the satisfaction of knowing we are producing products which our customers believe in. On top of that to receive gold in ‘Overall Manufacturer of the Year’ award makes us extremely proud of all that has been achieved in the last year.”

Congratulations to Hornby on an enormous week.