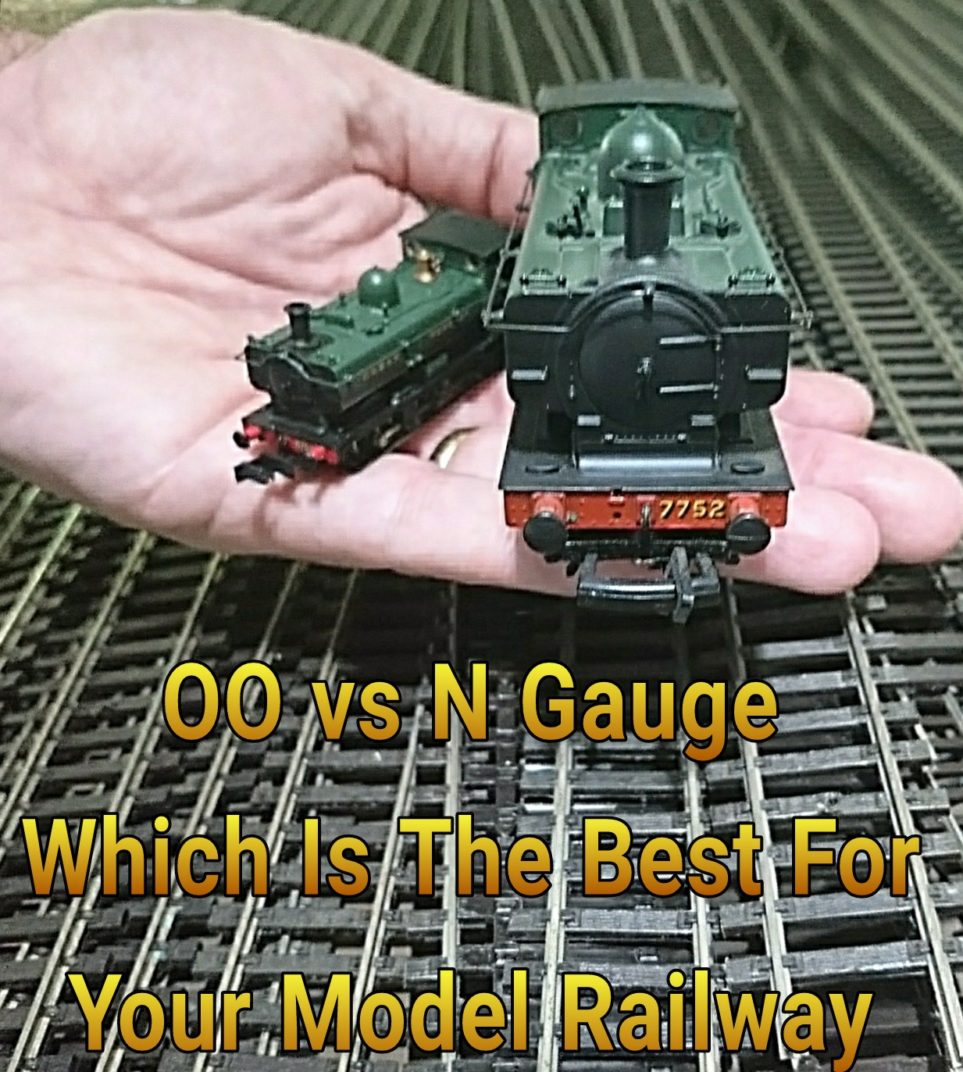 What I wish someone had told me before.

I run both OO and N gauge model trains, actually I run a few other gauges too but that’s another story, and enjoy working with both.

Trains are trains of course and they’re both just as entertaining but if I was starting from scratch now here’s what I wish someone had told me.

Oh, and these aren’t the obvious things (like you can fit more N gauge track into a smaller space) but three hard realities of the differences between in N or OO I’ve learned over time. It’s taken years to appreciate these, maybe I’m a slow learner, but either way you gain.

Anyway, on with the article.

And not just the cost of the locos either.

It’s no surprise that trains in OO gauge are cheaper than their N gauge equivalents. Take the A1 Tornado. The Graham Farish N gauge version costs around £130 to £140 from the main dealers while the OO gauge version from Hornby comes in under £100. Other locos have a similar price difference.

And if you go to for budget locos, the cheapest Hornby locos such as the Smokey Joe can’t be beaten on price.

But while locos are the centre of attraction on a layout and the saving there matters what really surprised me is that this price difference carries through to every aspect of the layout.

Pretty much everything from track to models costs just slightly more in N gauge.

Sure the differences in price don’t seem much for individual parts but over an entire layout this all mounts up.

But I also enjoy model making. And, while I can deny it as much as I want, if I’m being honest modelling in N gauge isn’t as much fun or pleasing as in 1:76th scale.

Obviously, the smaller size makes making the models more challenging both in terms of being able to see what you’re doing and also actually making some of the small details. But what experience has really taught me is that even when you’ve gone to the trouble of modelling something in N it’s just not as satisfying once finished.

Most of the detail is so small as to make it unnoticeable when done.

Yes, it’s pleasing to me to know that I’ve made a 1 or 2mm high sign for a doorway and that the wording etc is correct but when operating the layout later these and all the other tiny details that I’ve spent painstaking hours, days and weeks creating and positioning just aren’t big enough to notice and disappear.

More to the point, N gauge requires more precision just to set up and operate. If I want a quick run of the trains, I can “grab” my OO models, place them on the track and get going. For N gauge it’s all a bit more fiddly and takes longer. Yes, re-railers etc help but it still delays train-on-track time.

I did experiment with N gauge DCC for a while but found that while manufacturers are increasingly offering their models with DCC fitted or ready (for fitting later) this is typically only for basic motor control and even then only in the medium to big locomotives.

End result: the range of OO gauge locomotives with DCC functionality is far larger and there is a greater range of features (lights, sounds, and smoke for example) available in them.

I’m sure in time this will come to N scale but for now at least when I want to use digital, OO gauge is a better choice.

This is my experience, what’s yours?

Overall, N is fun and I’ll continue to model in it and run trains but if I was starting from scratch or perhaps returning to the hobby after a break and wanted a train set to kick off with and starting over I’d stick with OO.

A final, personal, note: I spend a LOT of time testing, photographing, writing and often wrecking my own layouts researching techniques for these articles and don’t charge a penny for them. If this article is useful to you or helpful, please add a comment to say so, it gives me encouragement to continue. Thanks and happy modelling, Andy.


> A final, personal, note: I spend a huge amount of time testing, photographing, writing and researching techniques for these articles and pay for all the running costs of MRE out of my own pocket. If you found this article useful you can support me by making a donation on my fund-raising page. Thanks and happy modelling, Andy.
Updated:Friday, January 1, 2021