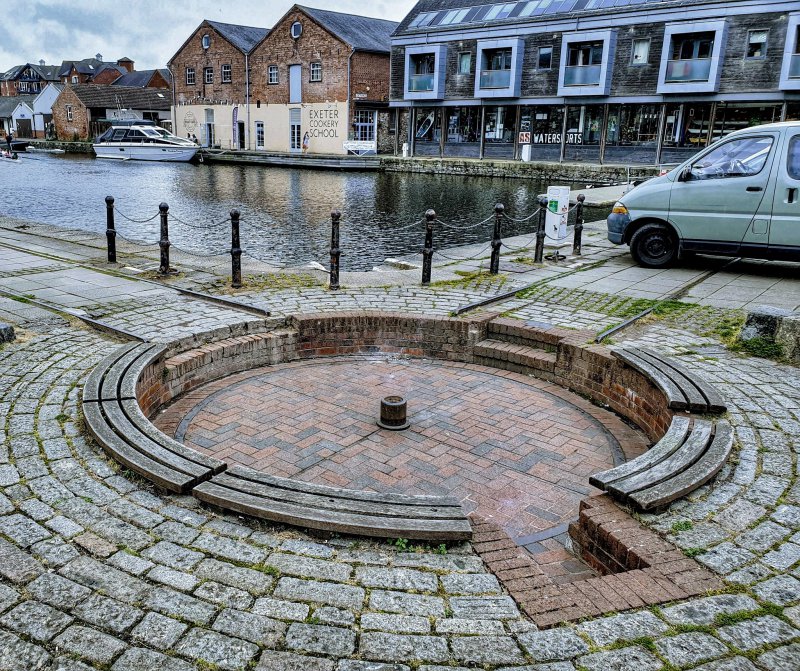 It wasn’t planned but a family visit turned up an expected surprise and a massive aid to my layout construction.

Last weekend I was in Exeter, Devon.

If you’ve never been, I highly recommend a visit. It’s a wonderful, historic, city with a great shopping centre, bags of atmosphere and great eateries.

On this occasion, I was meeting family members and we were walking around the beautiful Quay looking for somewhere to eat when I was stopped in my tracks by, literally, some old tracks.

I think I was born with this unique device and once it goes off I have no choice but to stop what I’m doing and investigate. In this case, while walking alongside the quayside I spotted some rails leading to a circular hole in the ground.

It was obviously an old railway turntable.

And although the turntable itself has long since gone, some of the track was still present and foundations for the turntable had been preserved and turned into as a seating area. This was apparently excavated and incorporated into the modern quay design in 1985 to mark the 150 anniversary of GWR.

It was great to unexpectedly find a bit of railway heritage but what really grabbed my interest was that I’ve literally just changed my layout to feature a harbourside turntable and track and this was a near perfect match to help with my design. 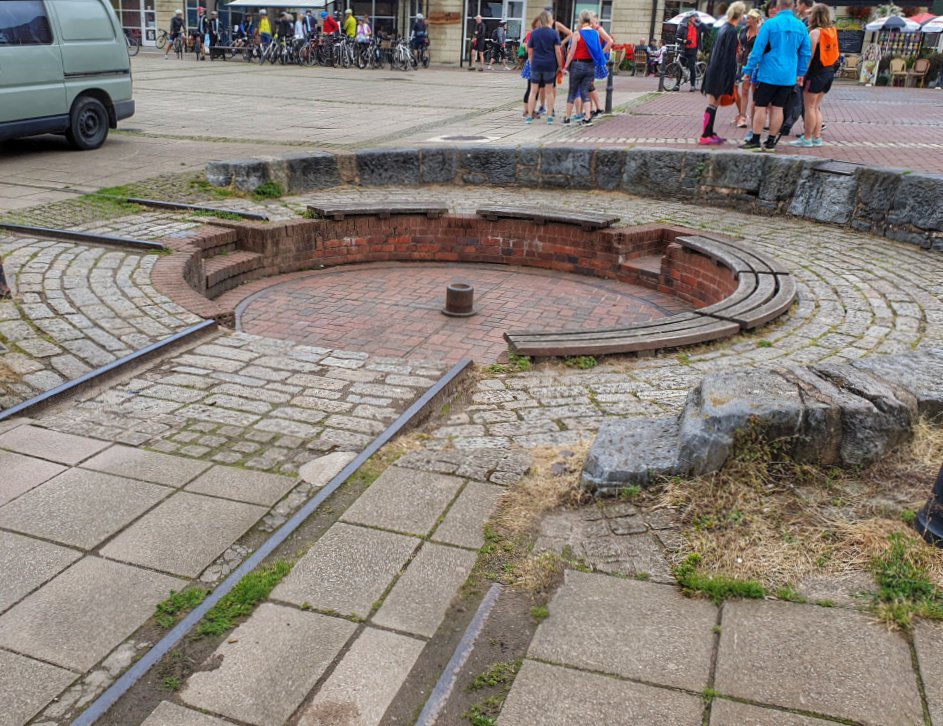 Notice the third rail, allowing the turntable to support both Standard Gauge and Broad Gauge.

My track work and modelling is based on a book I’ve found about the prototype line that my layout is based on and the while this shows the rough location of the turntable is doesn’t include any photographs.

This naturally leaves me with a lot of questions. As a result, I’ve had to guess at many of the details and use a Cornish turntable preserved at Didcott for reference.

To find the remains of a harbourside turntable and track work that I could use reference was superb luck and I’ll now be able to incorporate some of the details from it into my modelling.

It’s not an exact match of course.

For starters, my layout is based on a narrow gauge line whereas this turntable serviced standard gauge track* but the location in relation to the harbour wall, the way the rails are recessed into the ground with no visible sleepers  (as is often the case with dock and harbour rails) and a slight wall around the outside edge of the turntable (visible in the photo above, right) will all be reflected into my model turntable. 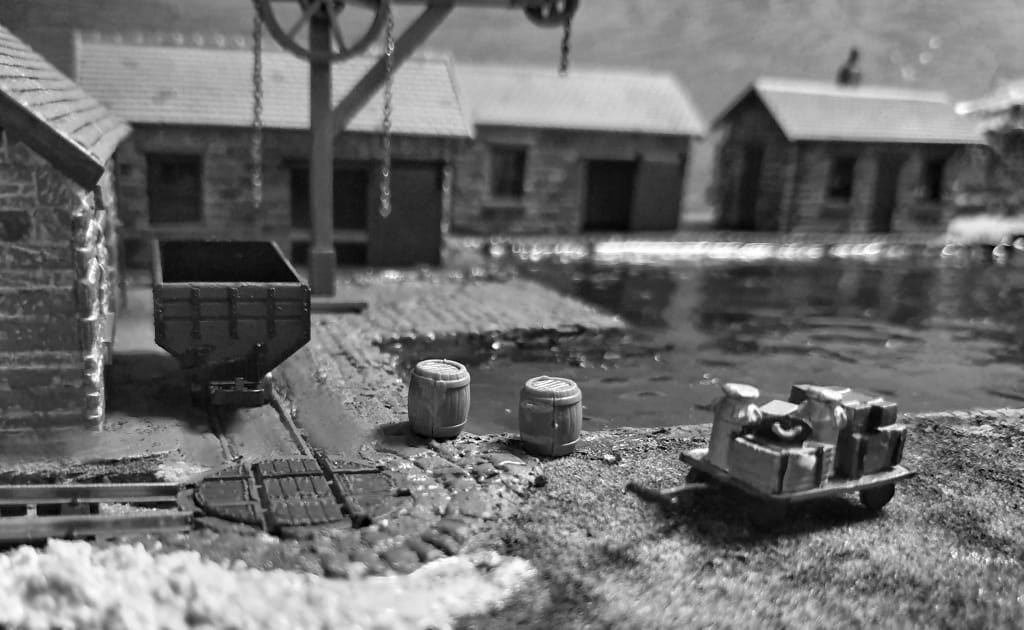 A work in progress of my turntable and harbour-side line using the preserved turntable at Exeter Quay (photos above) as a reference. The rear wall is still to be added.

I’ll also incorporate some other detail such as steps leading down the waters edge in front of the rails and the circular quartz stone work around the outside of the turntable as cosmetic touches.

With quite a few photos taken I rejoined my family and we got on with our weekend. Apparently, there were two of these turntables around the quay so I’ll do some more investigation on my next visit although that time I’ll let them eat first 🙂