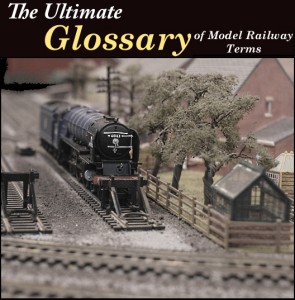 You probably know or can work out what railway points do and what gauge means? But what about loading gauge? A CDU? Or a flange?

Don’t be put off.

Here’s the ultimate glossary to model railways with over 154 definitions of common model railway terms, jargon, people and objects.

At the last update, this dictionary covers:

If you know model railway phrases, jargon or buzz words not listed here please help others and add it as a comment at the end.

If you find this helpful, subscribe to my free newsletter for the latest hints and tips on model railways. Subscribe Now

Improve your model railway knowledge and skills, subscribe to my free newsletter and get more hints, tips, advice and guides. Subscribe Now 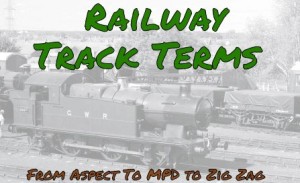 > A final, personal, note: I spend a huge amount of time testing, photographing, writing and researching techniques for these articles and pay for all the running costs of MRE out of my own pocket. If you found this article useful you can support me by making a donation on my fund-raising page. Thanks and happy modelling, Andy.
Updated:Sunday, January 2, 2022