I recently visited Par in Cornwall, on which my long term layout will hopefully and partly be based, and while there took the opportunity to take some pictures of the station, signal box and signals.

This is the main station at Par, Cornwall. It dates from 1859. It didn’t have a station master, instead a “booking constable” was based here with two side buildings built for station staff. While researching the station recently, I came across this post by a member on RMWeb, who is also building a model of Par Station. He’s further on than I am but I’ll certainly be reading his other posts for inspiration and tips. 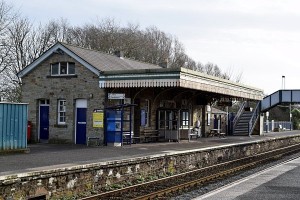 Along from the station is Par signal box. (The second picture below isn’t mine but comes via Wikipedia). This was opened in 1879 and built to the first GWR standard design. In Juuly 2013, it was one of 26 “highly distinctive” signal boxes listed by Ed Davey, minister for the Department for Culture, Media and Sport in July 2013, in a joint initiative by English Heritage and Network Rail to preserve and provide a window into how railways were operated in the past. 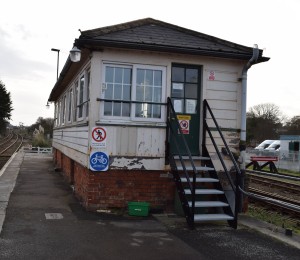 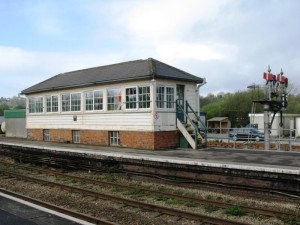 The track around the station has multiple signals, one of which is shown below. 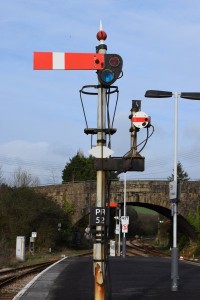 In the background of the above picture, you can also see the road bridge. A closer picture of that shows some lovely detail. The foliage growing up either side is an important detail and one I rarely see in model railway bridges which, if I remember, will capture on the bridge in my layout. 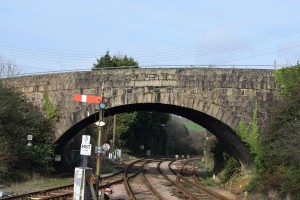 Lastly, before my train departed for home, I took some pictures of the track and track side objects for detailing. 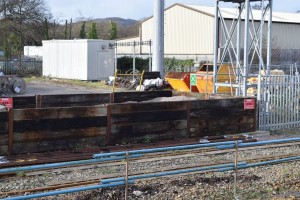 While the above wood isn’t likely that old I like the discolouration visible on it and have already practiced it on a coal shed I recently built for my other another small layout. The track colouring is also interesting as is the ballast. The change in colour between the ballast down the middle of the tracks and that between the two sets of tracks is noticeable; as is the vegetation that’s growing down the middle of the nearside set of tracks and which like that on the bridge I hope to capture on my model layout.

The final picture,below, is a closer picture of ballast, showing the amount of ballast between sleepers and the colouring in detail. 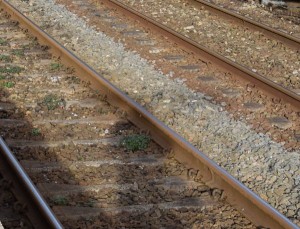 I’m now working on the track layout, in my earlier post (Par and St Blazey it is) I found a layout already created which will serve as a great building block but to start work I realised I need more detail. I’m now using the Anyrail application to work on this track plan.