Home » Model Railways » I didn’t mean to do that

I didn’t mean to do that

How working on the model river lead to flooding one of my points with masking fluid!

While working my exhibition layout, I messed up, bigly!

With the track laid and the plasticard mill well under way, I’d started on the river that runs alongside and powers the mill house.

And here I hit a bit of a stumbling block.

The waterwheel will turn and to do this it obviously can’t sit in the material used for the river. It needs a trench to sit in.

But what could I use the form a dam and prevent the flowing into the space where the wheel and mill race wall will sit (the photo here shows the outline of where the barrier needed to go) yet is easy to remove once Woodland Scenics Realistic Water that I’m using for the river has set and dried. 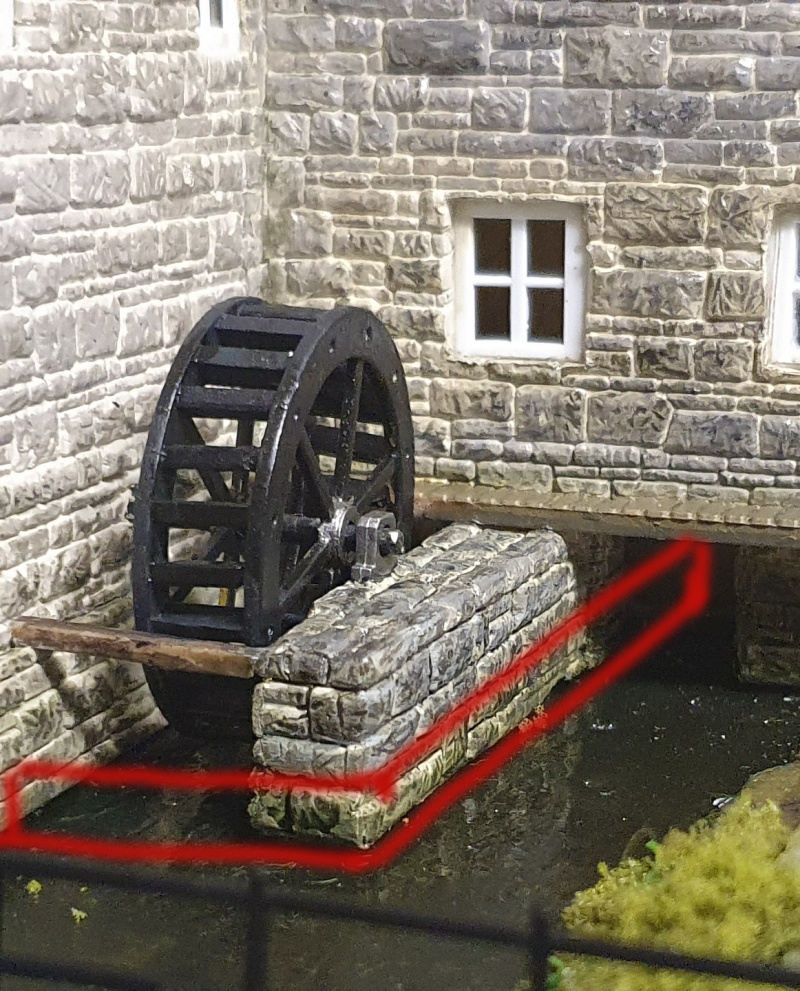 Worse, the mill house isn’t fixed in place yet so I needed something that is not only water proof and won’t stick to the water but also strong enough to hold the weight of the Woodland Scenics fluid while it dried and yet is flexible enough to create an L shaped wall.

Perhaps the biggest challenge, it also needs to create a water tight seal where it met the layout base and sides of the river and these have irregular edges with nooks and cranies through which water could easily seep.

I tried various substances but none worked. Liquid glues created a good seal but couldn’t wouldn’t stand up to the weight of the water or separated from the water. Card and plastic were strong enough but couldn’t form a tight seal. Everything either bonded with the water or leaked and let the fluid flow where I didn’t want.

After a LOT of experimentation, I settled on a combination of two products: air drying clay with liquid latex, or in my case Vellejo’s liquid mask.

I built the shape of the L shaped barrier with the air drying clay. This was then allowed to dry and painted with several layers of  and then painted to seal the surface. It was positioned into place and liquid mask painted around the inside edges both to hold the clay in place and provide a water tight seal. 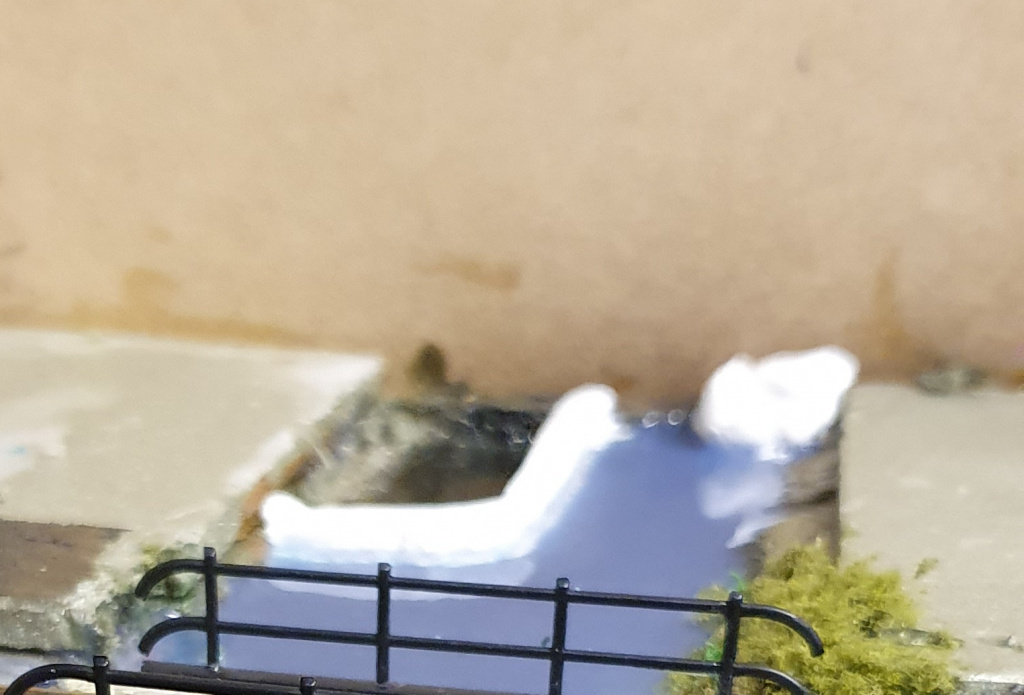 The water was then poured around the outside of the clay and hey presto I could fill the river yet without filling up a trench.

Once the water Realistic Water dried, the mask was pealed away and the air drying clay was pulled free leaving a vertical wall of water in the river. The water wheel and mill race then sat into place against the water.

It was all going so well until….

More precisely, it flowed all over one of the points.

Cue mad panic as I grabbed any and every cloth nearby to try and soak up the blue gunk flowing over the rails, between the sleepers and point blades and even through the point rodding hole into the point motor mounted underneath.

I posted a plea for advice and photo to the MRE community on Facebook and got some suggestions as to how to recover the situation.

The general advice was mop as much as possible up and leave it dry. It’s a mask so once dry is should peal off.

I left my runny disaster to dry and went downstairs for a stiff drink.

A day or so later, I returned and started the slow, monotonous task of pealing off the latex. Thankfully, it did come off, albeit in tiny bits that took hours to remove.

Once most of the gunk was gone, I then set about cleaning the track and in particular around the tie-bar and between the switch blades. Luckily, I remove the springs from my points as they’re not needed with the Tortoise point motors I use, so didn’t have to worry about jammed up springs at least.

Next I disconnected the point motor and took it apart and extracted the latex that had seeped inside.

I then put it back together, reconnected it and with Bated breath turned on the power and flicked the switch for the point.

Amazingly, the motor whirred into life and switched the point. A few more tries confirmed the motor and point still worked. 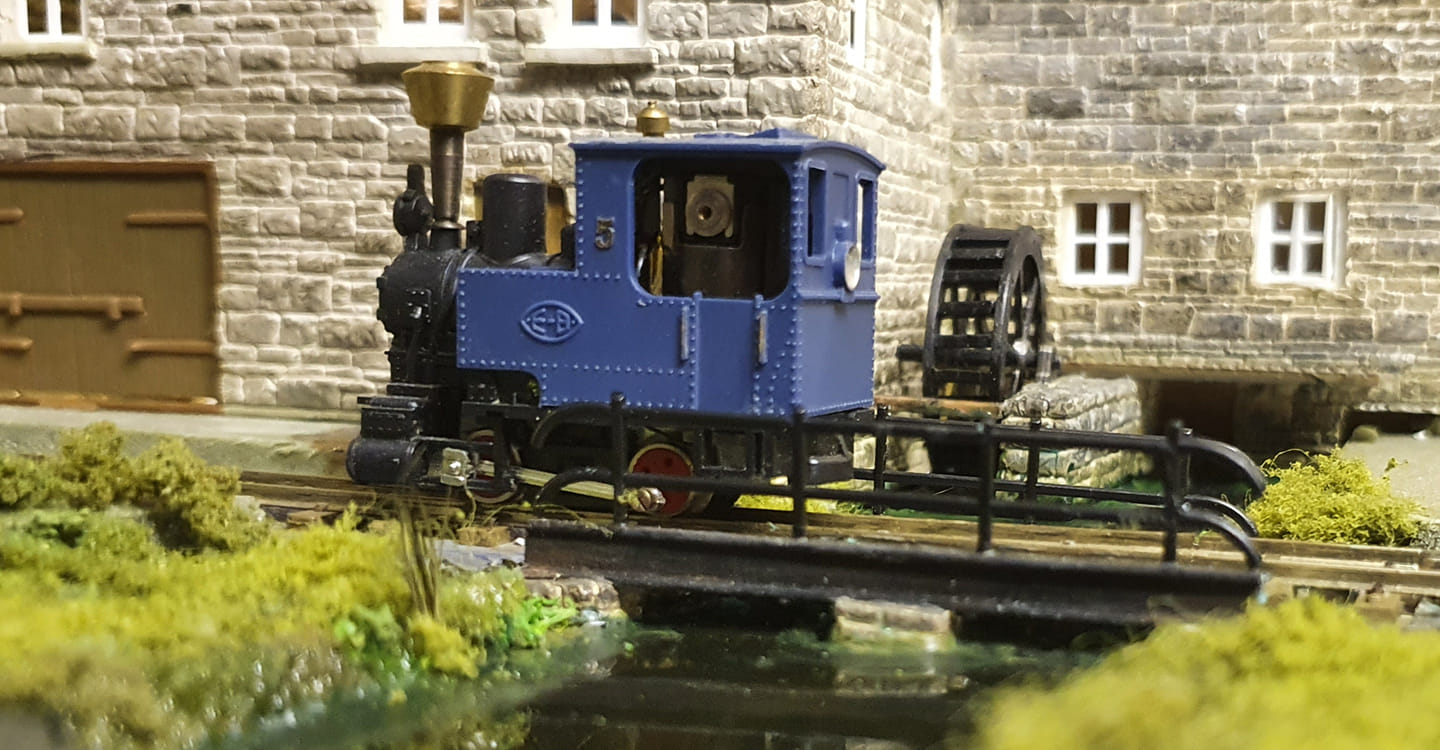 This particular point is in the middle of the layout and would have a royal pain to cut out and replace. I can’t tell you what a relief that was!

With the point back to where it was 48 hours earlier, I returned to the river and worked the bridge that carries the track over it before adding some scenery to the river banks but this time making sure there were no open bottles on the layout.

This post is part of a series on the construction of a lifelike model railway for exhibitions. To read other posts in the series covering its development, track work, scenery and model building making, see building an exhibition model railway.
>A final, personal, note: I spend a huge amount of time testing, photographing, writing and researching techniques for these articles and pay for all the running costs of MRE out of my own pocket. If you found this article useful you can support me by making a donation on my fund-raising page. Thanks and happy modelling, Andy.
Updated:Thursday, December 9, 2021