How to secure buildings to the baseboard but still allow them to be removed later.

When building a model railway, I often position buildings in place temporarily while arranging the electronics, scenery and other fixtures around them. It’s only later that I permanently fix them in place and plant them into the surrounding ground.

This allows me to see how things work, make small adjustments and also remove the buildings when painting or drilling etc so as not to damage the structures.

The problem with this temporary placement however is that when positioning objects (such as the wiring in or around the building) you want the structures to always be in the same place. And if not secured its difficult to consistently position them so they continue to line up with the fiddly wiring.

It’s also easy to forget they’re not glued down when moving the layout around — particularly in the case of modular or box layouts — and they then fall off and break.

I’ve been doing this a lot with my exhibition layout recently.

I have a blacksmith’s which has the paraphernalia of forges around it, anvils , wheels, etc. There’s also an LED light in it. When drilling holes for the LEDs and other wires I take the model off the layout but when I put it back it’s rarely in exactly the same place and the wires and lights are now in the wrong place relative to the building! It’s a total pain.

I started thinking about a way of temporarily securing the buildings in place.

The answer came to me while working on automatic uncoupling systems for the railway sidings.

I bought some neodymium magnets to hide in the track for the couplers and while fitting these into the trackbed it dawned on me that these would also make great building anchors.

As a trial, I marked up where the corners of the blacksmith would go, drilled small holes in the baseboard and glued the magnets into the recesses so they lay flat with the surface (see picture below). The magnets are small enough to be unobtrusive and as long as they are positioned to line up with the inside corners of the buildings they’ll be invisible once the building is in place (see last picture below).

Then I glued the opposing magnet into the corner of the buildings.

Like those in the baseboard, they need to lie flat with the bottom of the building so the structure doesn’t rise above ground level up when in place. 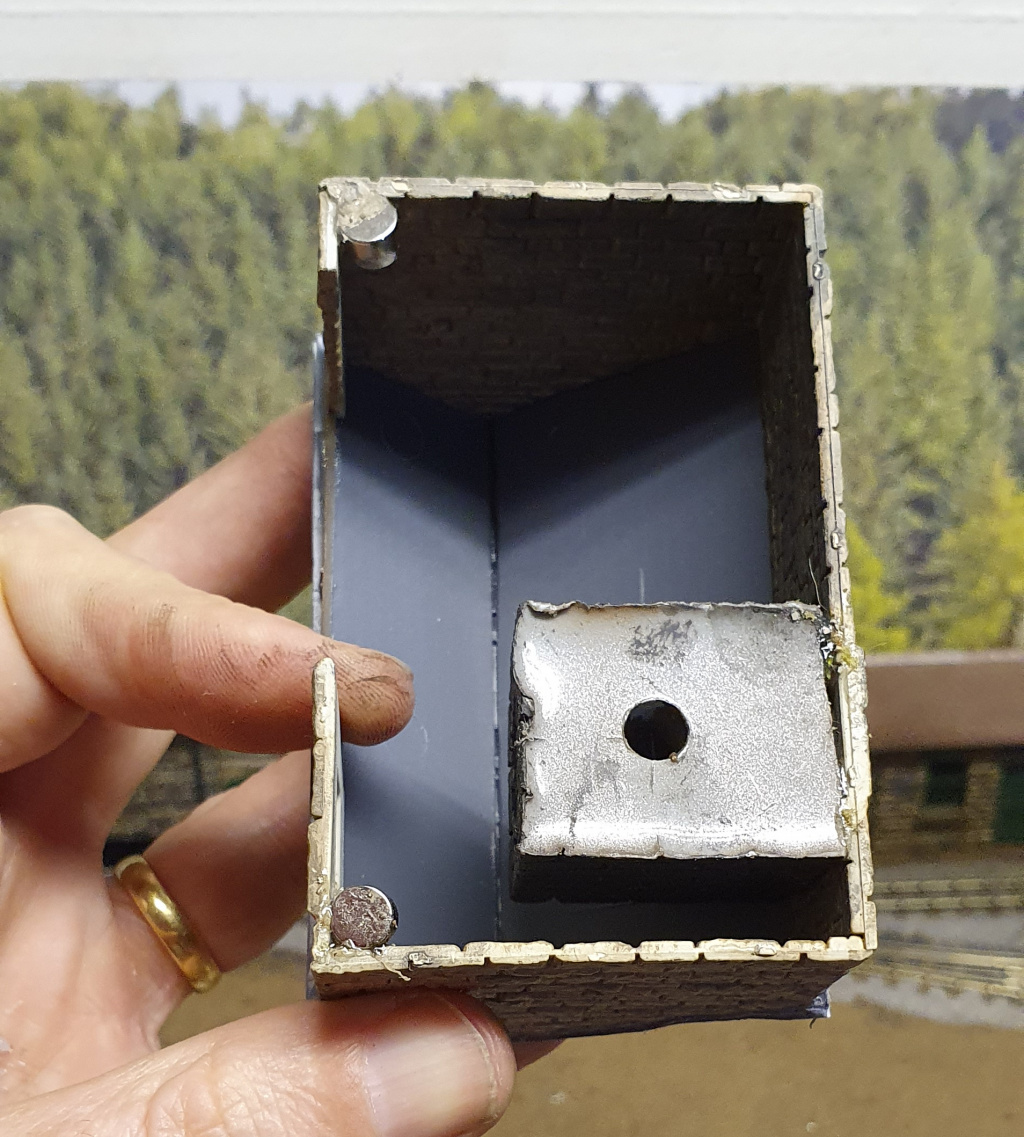 Initially, I struggled with finding a glue that would hold the metal magnets to the baseboard foam / wood yet is also strong enough to resist the pull of the magnets when separated.

After a little experimentation I settled on epoxy glue. Strong yet sticks to metal, wood and foam boards and without melting it.

It does however have the disadvantage of being pretty much permanent so make sure the magnets are the right way around otherwise they will repel each other, pushing the building away from where you want it. I did this the first time and its very annoying to find out after the epoxy has set!

After the glue dried, I placed the building over the baseboard magnet and it snapped firmly into place. 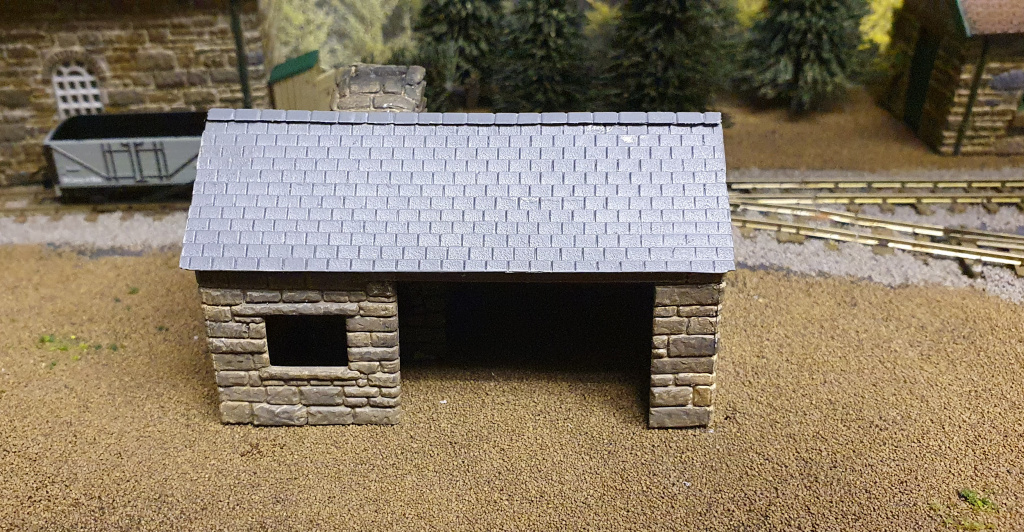 The small neodymium pellets can’t be seen yet their grip is really strong. It holds the building even if I upend the layout and tip it upside.

To take the building off, I just twist it slightly reducing the the grip of the magnets and it can then be lifted off.

It works a treat and allows me to put my buildings in place while working on nearby features and want to see how the buildings look while also allowing them to be removed for drilling etc.

Now to get back to the track uncouplers….

Update: the benefit of doing this was proven a few weeks after writing this. I’d used this technique to secure a small cottage in the far corner of my layout but then decided I wanted to put a goods shed there into which I could hide a speaker for environmental sound. If I’d glued the house down it would have been a case of levering it off the layout damaging the building and base. Having used magnets to secure it was just a case of lifting it off and replacing it with the speaker equipped goods shed.