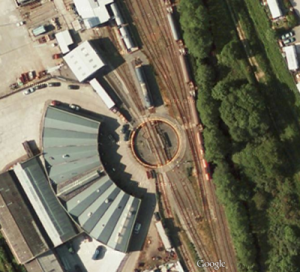 It’s decided. After a lot of pontificating, I’ve finally picked the project I’m going to build for my next model railway: Par and St Blazey in Cornwall.

To be honest, this wasn’t initially on my radar as a potential location as a layout but I’ve travelled to Par frequently in recent months and during my travels I couldn’t help but notice, even from the brief journey through the station, it has some interesting potential. A bit of Googling revealed it was a classic junction that could prove fun if challenging.

Then I stumbled on Tim Hall’s Where Worlds Collide blog (post no longer available) where he describes it in some detail as part of his plan to model it and I was really hooked.  It ticked all my criteria, namely:

Like Tim, I’m doing it in N gauge and I don’t have the space to do recreate it in full. Instead I’ll be focusing on the marshalling yard and locomotive depot and go from there. The layout will provide more of a framework on which to build than my layout being an exact replica but there’s more than enough here to keep me busy.

I’m back in Par in early January 2015, so will hopefully get some pictures then. Until then and over Christmas I’m going to start working on the track plan. Time for some research.