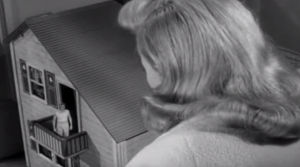 If you’ve been following this blog  you’ll know I’m working on a big new layout. But creating England, from Margate to Penzance, in miniature is anything but miniature. A back-of-the-envelope calculation reveals it will need a layout 6,615 meters long in OO scale! Rather than shrink myself, here are the techniques I’ll be using to reduce the amount of space needed.

Now 6,615 meters is a lot of space. To put that into perspective, the world’s largest model railway – Miniatur Wunderland – track length is 13,000 meters long!

If you’re wondering, my calculations for this are:

Width of England – Margate to Penzance: 315 miles (as the crow flies)

Ouch. Way to big for the space I have planned for the layout.

A way of cutting the layout down in size is needed and this means OO scale is out of the question.

OO scale, of course, is only one scale available for modelling, albeit the most popular in the UK. There are several other smaller choices available: Z, TT and N being the most common.

Z scale – 1:220 – was introduced by Märklin in the 70s. While it’s small and would make Great South Railway possible in a much much smaller space but could cause problems later. Dust and dirt on Z scale track is a big problem and on a layout with as much track as my project, I’d forever be cleaning. Definitely a no.

TT scale – 1:130 – is bigger than Z and smaller than OO and could be a real contender for this project. The problem is availability. I’m not sure I’ve ever seen TT scale models on sale in a model shop. Given the number of trains and models, I’ll need for the layout this is a real concern. Another no.

Most importantly, it’s small enough to cut the layout down to a reasonable size, there are also lots of models and parts available for it. It’s also a scale I use on other layouts that regular readers of Model Railway Engineer will know about and I know from experience it’s just as reliable as OO scale.

But even though N scale slashes the space requirements the layout will still be some 3,165 meters long!  (At N scale, a mile is 10.05 metes – 33 feet. Dropping this into the above calculation results in Great South Railway being 3,165 meters or 10,395 feet).

Something else is needed

Talking to readers and other modellers, the solution put forward was compression.

And there are two compression strategies have been recommended: Selective compression and just compression. The guys over at model-railroad-hobbyist.com have both nailed and explain them very clearly. (There’s also a good write up on this here by Model Railroad Hobbyist Magazine)

Selective compression is the art of leaving out what’s not important when building the layout. Only the signature elements and features that define the area being modelled are modelled, other landscape aspects (empty fields for example) are left out. When recreating the area around Stone Henge, for example, I’ll model the ancient monument and the immediately surrounding countryside but pass on a lot of the other countryside around it.

It’s a very common technique in a lot of big layouts and for good reason, it’ll slash the area I need to recreate.

The second trick is compression. Whereas selective compression is about selecting what to leave out, compression is shrinking the large elements that are included and is used on nearly every model railway to some degree.

An example would be a long stretch of track. What in reality might be a run of the track going for miles – and hundreds of feet if scaled down correctly – would be reduced to tens of feet on a layout. A long run of track passing through a landscape with the appropriate signature elements would still be very representative of the area being modelled but it won’t need anywhere near the size of the landscape if done to correct scale. The same can be applied to rivers and roads.

Angarrack viaduct, using compression this and other features can cut to size to fit a small layout.

And this concept doesn’t just apply to landscape and track. Large buildings and man-made constructs will also be reduced. A viaduct, such as the Brunel Angarrack viaduct (pictured left) in Cornwall, with 11 arches will be cut back to just 7 arches for example. Or a building with 6 floors might be reduced to 4 floors. The look is retained but less space is required.

Compression ratios of 40 to 75 percent are common in layouts and I’ll be working to the upper end with my layout being approx 75 percent of the actual distances involved, bringing the layout down to approximately 834 meters.

Still big but getting feasible.

The third and final space saver

These approaches should take care of the principal areas of Big South Railway – around the railway track – but there’s yet another trick that can be used to further reduce layout size: Forced Perspective

As can be seen in the video this is an inspired technique to create the illusion that the environment is bigger than it really is.

By using the combination of these tricks I’m able to build out my representation of South England in a much smaller area than even N scale would dictate.

Until the next update…