How wide are UK roads in OO and N gauge

If your layout features roads you’ll want accurate widths for them, why go to all the trouble of making wonderful looking track and scenery only to ruin it with naff roads? 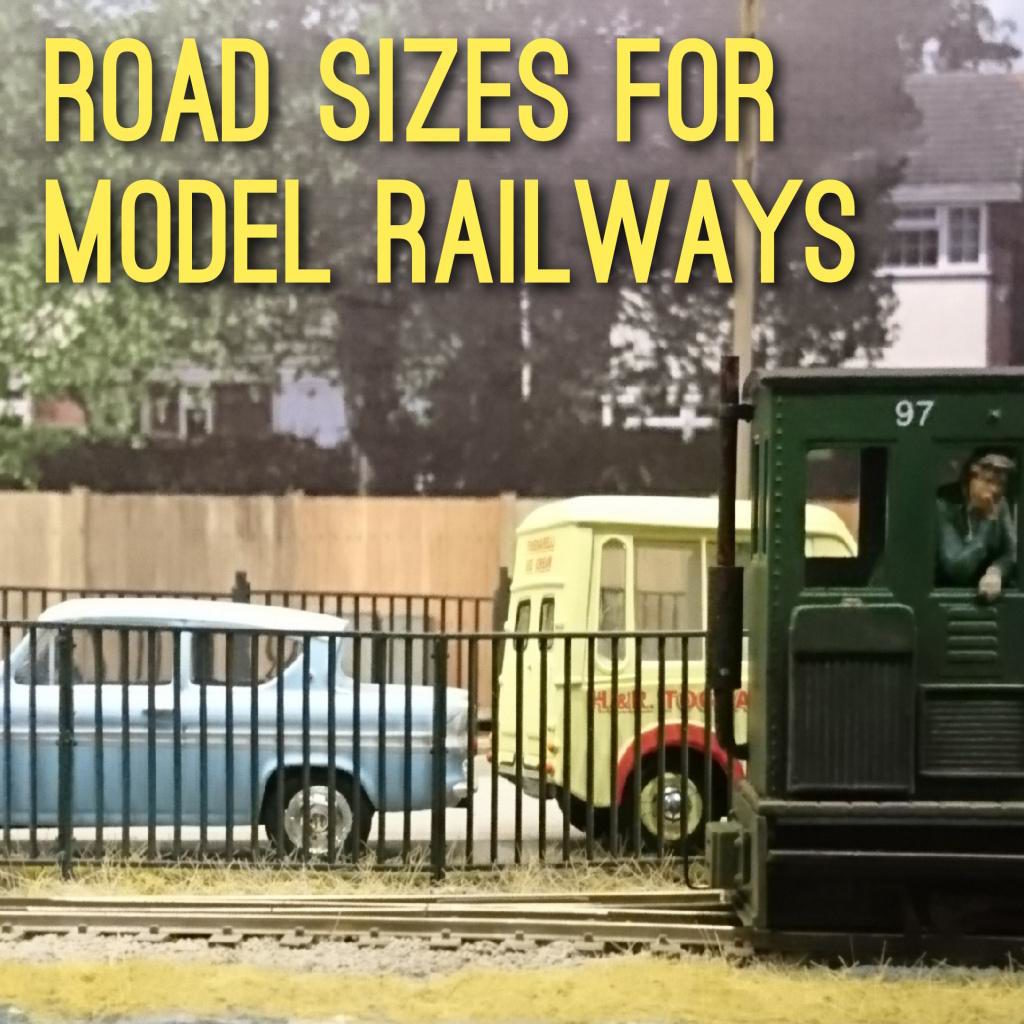 Would you believe there are 247,100 miles of road in the UK. I didn’t. But that’s the figure from Department of Transport for 2019. This breaks down to:

(I’m not sure where the other 100 miles went, if anyone from the DoT is reading this perhaps they could clarify this?).

Along all these miles and miles of tarmac. widths vary considerably.

It wasn’t until 1991* that a standard for the paved width, the area of road that vehicles drive on, was set and even then that was for only new roads – they couldn’t really relay every road.

This was set to 3.5m or just under 12 feet,doubled for two lanes.

Of course, some flexibility is allowed on roads; with roads being narrowed or widened particularly where turning circles are needed.

And for motorways, it’s dependant on the number of lanes. A six-lane motorway will be roughly 22m wide or 72ft – 12ft per lane.

For older roads, pre 1993, there wasn’t a standard and they all vary.

A rule of thumb I work to is to model my roads to Roman road – as many British roads were built on these. And Roman roads were around 2.4 m or 7.87 f feet on straight sections and 4.9m / 16ft on turns although some were much wider. Trunk roads, those running between towns, meanwhile were approximately 7 m or 23 ft.

For country lanes, pretty much anything goes with the further outside of towns the narrower and frequently to narrow for cars to pass when in deep countryside.

The Department of Transport has specified that 4.1 metres is the minimum width for a car to pass a car so this is, or close to it, is what I use for country lanes where cars can pass and half this for single track roads.

These above sizes equate to the following for UK N gauge (1:148) or 2mm to the foot.

Of course, most roads have pavements and these two have defined dimensions. The Department of Transport Manual For Streets, states a specification of 2meters for footways.

This translates to widths of:

Interestingly, kerbs also have defined dimensions.
So there you have it. Of course, as anyone who has every travelled on a road in Great Britain knows, the sizes change as does the surface so sticking to these dimensions will give you a good start don’t be too worried if you need to vary them slightly on your layout. As long as you’re close to these, your roads will look right compared to the track, buildings and scenery.