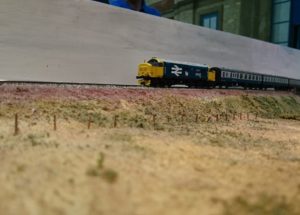 Embankments? building? “Oh come on!” I can hear you cry, what’s difficult about that?

Well, to be fair, creating the actual embankment is relatively simple for anyone with a modicum of model making and track laying experience but I will cover it shortly just in case.

No, the challenge with embankments isn’t the raised track bed itself but the surrounding landscape.

Trains run best on track that’s level, even a slight drop or incline is a challenge for a locomotive pulling hundreds of tons of freight or passengers. The illustrious James May, of Top Gear fame, has even done a programme on this:

Unfortunately for us, landscape isn’t flat.

On the trains from Guilford where I live to Ally Pally for the London Festival of Railway Modelling a while back, for example, I counted no less than 17 points where my trains rose above the surrounding land.

So railway engineers, such as Isambard Kingdom Brunel, devised embankments, along with cuttings, tunnels and viaduct, as a way to keep the ‘roadbed’ a level and on which the track can sit even while the ground around it rises and falls.

While cuttings and tunnels remove soil and rock, embankments add to it, filling in gaps in the landscape and allowing the track to remain flat when the lay of the land otherwise drops.

And there are lots of these embankments across the country. So many that between 1834 and 1841 — the boom years of railway building in the England — nearly 100 MILLION tons of ground was excavated for their construction*. All this soil and rock just to keep the track level as the landscape through which the track travels rises and falls!

And this takes us neatly to the challenge of creating realistic embankments.

To have credible embankments on a layout the model landscape needs to be lower than areas through which the track runs — creating the need for the embankment.

On the many baseboard this creates a problem because the boards, by design, are all flat. How can you have rising and falling landscape when the board is flat?

There are two solutions.

Firstly, cut into the baseboard either side of the track bed to create lower terrain.

Frankly, this is a lot of work. It can be done — if you have deep enough baseboard — but it’s still hard work to chisel and carve out sections of the surface.

Secondly, and my preferred technique, is to raise up the parts of the layout. This then becomes the new ground level with the underlying, baseboard becoming the lowland across which an embankment can run.

To do this I glue polystyrene sheets across my baseboard into which I can then easily cut hollows. I’ve covered working with Polystyrene and the best glues to use here and here.

(This technique also has the advantage that channels for rivers and streams can be easily made).

Extra: There is another approach which is really beyond the scope of this article. Namely, building roadbed and landscape between joists, known as open-frame.

This doesn’t have a flat surface, instead, strips of plywood (or similar) are held between supports from the sides or below to form a ‘floating’ track bed. Between these hang a matrix of cardboard strips on which further material is added to make the ground surface.

This technique has the huge advantage that the ground running around the track can rise and fall as you want. It is however far more time consuming to make.

How To Make Embankments

As said above, I lay sheets of polystyrene on my baseboard, lay the track on this and then cut into this either side of the track when I want the surrounding landscape to be lower.

This ensures the track remains level across the layout with the landscape rises and falls around it.

The sides of the roadbed, known as the shoulders, are then carved to slope at a slight angle. (I lay home made plaster cloth over the Polystyrene to smooth out the surface).

The angle of the shoulders is important.

As mentioned above, embankments are made from ground material (usually excavated from nearby) pilled up for the track to rest on.

Different rocks and soils have different characteristics, with some being able to make steeper angles than others. Because of this, the angle of embankments varies depending on the nearby landscape, being a balance of being steep enough to reach the height required for the track but stable enough not fall — known as the angle of natural repose.

As such, if you’re a stickler for details you’ll probably also want to consider what the geology of the area your layout is based in is and soil type when carving the slope and its angle.

The consensus seems to be that for rocky areas that will support steeper sides angles of between 15 and 50 degrees are appropriate with nearly vertical slopes. For regions without rock, clay and soil for example, a 1 in 3 gradient would be more likely.

On the section of my layout I’m currently working on, for example, part of the track I want to embank runs through a depression surrounded by hills. Given the setting (set in Cornwall, around St Austell and leading up to Bodmin) the prototype embankments would most likely have been made from the rock from these hills and so a steep angle can be justified.

If you’re not too concerned about realism or building a modern era railway where transport of materials wasn’t such a concern for the builders, I’d suggest embankments slopped at around 25 degrees.

With the embankment sides shaped, paint them a dark colour to match the nearby terrain and then cover with a soil textured and coloured scatter. Perhaps adding static grass before finally ballasting the top and between the sleepers. See the posts on a masterclass for laying static grass and the how to ballast for more help on these thorny subjects. 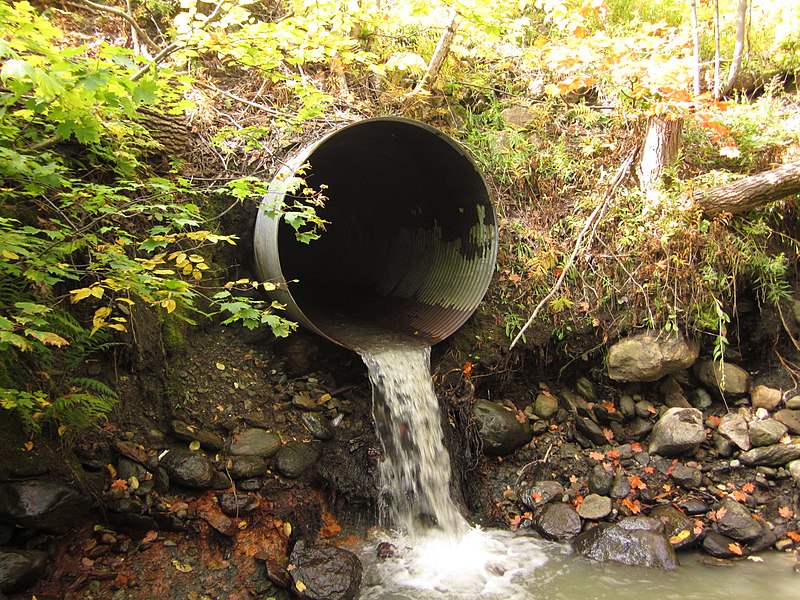 So there you go, you were right. Embankments aren’t difficult but there is more to them than you might think. Either way, hopefully, I’ve answered any questions you have about them and motivated you to build them on your layouts.

Picture: A class 37 makes its way over an embankment on the wonderful Rannoch Moor N gauge layout, seen at the 2017 London Festival of Railway Modelling. Photo (c) Model Railway Engineer.


> A final, personal, note: I spend a huge amount of time testing, photographing, writing and researching techniques for these articles and pay for all the running costs of MRE out of my own pocket. If you found this article useful you can support me by making a donation on my fund-raising page. Thanks and happy modelling, Andy.
Updated:Wednesday, October 21, 2020