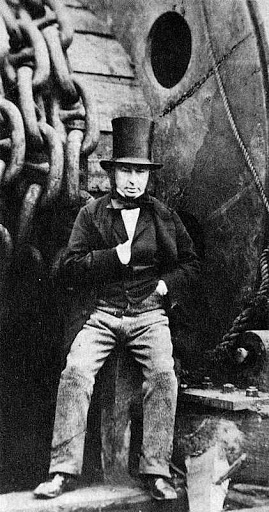 Isambard Kingdom Brunel is a personal hero of mine, an inspiration behind many of my models and one of two patron saints of Model Railway Engineer.

IKB was an engineering giant of the industrial revolution, building 25 railway lines, 130 bridges, pier and dock systems, ships, an observatory, water towers and most of Swindon and reshaped the English countryside along the way.

He built a network of tunnels, viaducts, stations and railway lines that spanned Southern Britain that we rely on even today and in BBC poll in 2002 he was voted the second greatest Briton of all time.

He’s the patron saint of Model Railway Engineer not just because of his immense impact on railways and engineering but also due to the following talents which I believe all modellers, albeit in a very modest way, share with him.

The GWR railway and Brunel’s other works have lasted 200 years not just because of their engineering genius but also, perhaps, due to their beauty and artistry and this wasn’t by accident.

As Steven Brindle wrote in Brunel, The Man Who Built the World, “Brunel saw the creation of a railway system not only as a great commercial and technical undertaking but also as a project with immense artistic potential”, continuing,  “Brunel designed his railway architecture in rich and mixed styles so as to create sensations off surprise and pleasure and avoid tedium. Even the most humble structures were to offer delight and evoke pleasant associations.”

And as anyone who has seen the marvellous model railway layouts or model dioramas at exhibitions or shows will know, they too are far more than just an assembly of parts.

Artistry, skill, time and love goes into our models and to recreate natural settings and beautiful vistas we strive for. It’s not artistry as traditionally recognised by it’s definitely art. (This article in the Spectator also agrees). 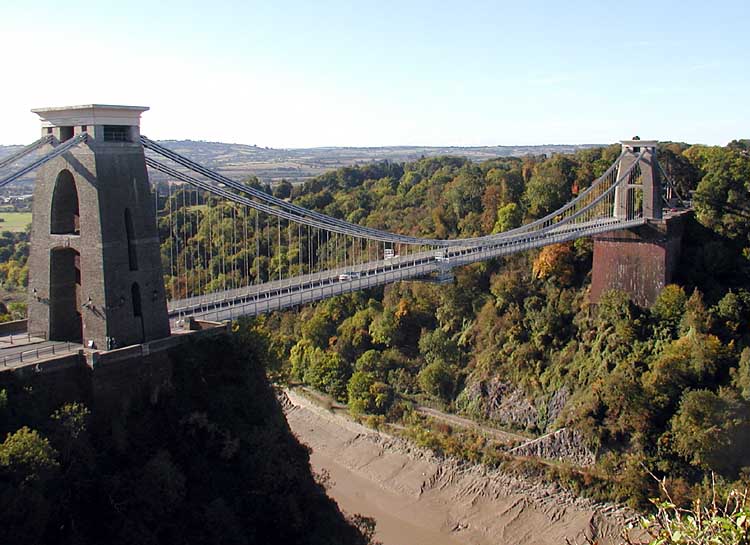 When tasked to build the London to Bristol railway – GWR – IKB had to visualise everything years in advance. Starting in London, ending in Bristol and travelling over, through and under miles of sweeping countryside, Brunel planned in advance how his exquisite railway would look.

Modellers too start with just dreams of the how our projects will look far into the future and have to design, plan and build our creations from scratch to achieve our vision.

Sure we’re not building the Wharncliffe Viaduct, Maidenhead Bridge or Box Tunnel but we plan our layouts and models from empty worktop or spare room into the intricate, complex, vistas and models. Every aspect from wooden board construction to electrics to landscape scenery is considered and thought through.

While many engineers of the time focused on a particular aspect of their work, Brunel attended to just about every element of his projects, and to incredible detail.

At Bath he designed the station lamp posts and when working on the Thames Tunnel who how much coal was needed to make bricks (The Life of an Engineering Genius, Colin Maggs) and and even which species of grass would be best for the railway sidings. (The Story of Isambard Kingdom Brunel: The Man Who Built Britain, Amanda Mitchison).

Modellers too ponder every detail and research all aspects from the largest to smallest elements for their builds. We all know someone who recreates the furniture and wall coverings inside a building even though no one but the modellers will see it and I know one poor modeller who has even measured the length of milli-meter long static grasses to ensure consistency  – it took me ages but I think the result was worth it 🙂

Railway modelling and model making wouldn’t exist if not for the determination of their creators. It often takes months, even years, to complete a model or construct a convincing landscape or realistic railway. There are often set backs, disasters and epic failures along the way but if there’s one thing this hobby teaches it’s resilience and determination.

We make mistakes but keep coming back, carrying on.

But Brunel took mishaps, miscalculations and mistakes to a different level.

An Obituary published in the The Engineer shortly after his death in 1859, describes Brunel’s career as “unfortunate”, writing that ‘notwithstanding the number and imposing character of his works many of them, often indeed through no fault of his own, have proved unsuccessful.’

Amongst his more notable disasters were the Thames Tunnel Project which collapsed after reaching the half way point, killing six men and almost drowning Brunel; his atmospheric (vacuum) traction system and the selection of broad gauge over standard gauge for GWR.

This last one will be an error of judgement all too familiar to many modellers, myself included, who start layouts in one gauge, OO or HO for example, only to then realise it’s too big for the space available and carry out the costly change to 009 or N gauge,

Like him however we don’t stop, but carry on and keep building determined to see our little layouts completed.

So that’s four talents I believe modellers share with Brunel, what talent do you have that helps with your modelling?


> A final, personal, note: I spend a huge amount of time testing, photographing, writing and researching techniques for these articles and pay for all the running costs of MRE out of my own pocket. If you found this article useful you can support me by making a donation on my fund-raising page. Thanks and happy modelling, Andy.
Affiliate notice: Some links on this page will take you to carefully selected businesses, including Hornby, B&Q, Rapid Online, Amazon, eBay, Scale Model Scenery and Element Games, through which you can buy products mentioned. These links are made under their affiliate schemes which means that although the price to you doesn't change I get a small commission on the orders you place. Please see the disclaimer for more details.
Updated:Tuesday, November 17, 2020