How to test a model train without tools

How to test locomotives when out and about and you don’t have your usual tools handy. This didn’t quite work out how I expected but in failing it proved the tip works.

Before writing tips for Model Railway Engineer, I always try the advice given before hand to make sure it does actually work. Just as when writing reviews, I only cover stuff I’ve actually used for prolonged periods. That’s partly the reason why there are occasionally gaps in the frequency of new articles here. With the  best intentions it sometimes takes me longer to try out the tips/guides photograph and then write the articles here.

This tip is a cheap, quick and easy method to the prove electrics of locomotives work when out and about. Say when you’re at a show or fair and see a ‘preloved’ loco for sale but need to check it before handy over the money.

The idea is gloriously simple.

Hold a 9volt battery across the wheels with the pickups and the motor should turn. The electricity from the battery replaces the supply that would normally come from the track and it hopefully confirms your intended purchase it worth the money.

So why didn’t it work out?

Well although I know this technique works having used it before I wanted to check it for this article and take a such as the one photo you see above.

So I took an OO gauge GWR 0-4-0 locomotive I had to hand and held the Eveready battery across the wheels.

The wheels should have gone round and round. 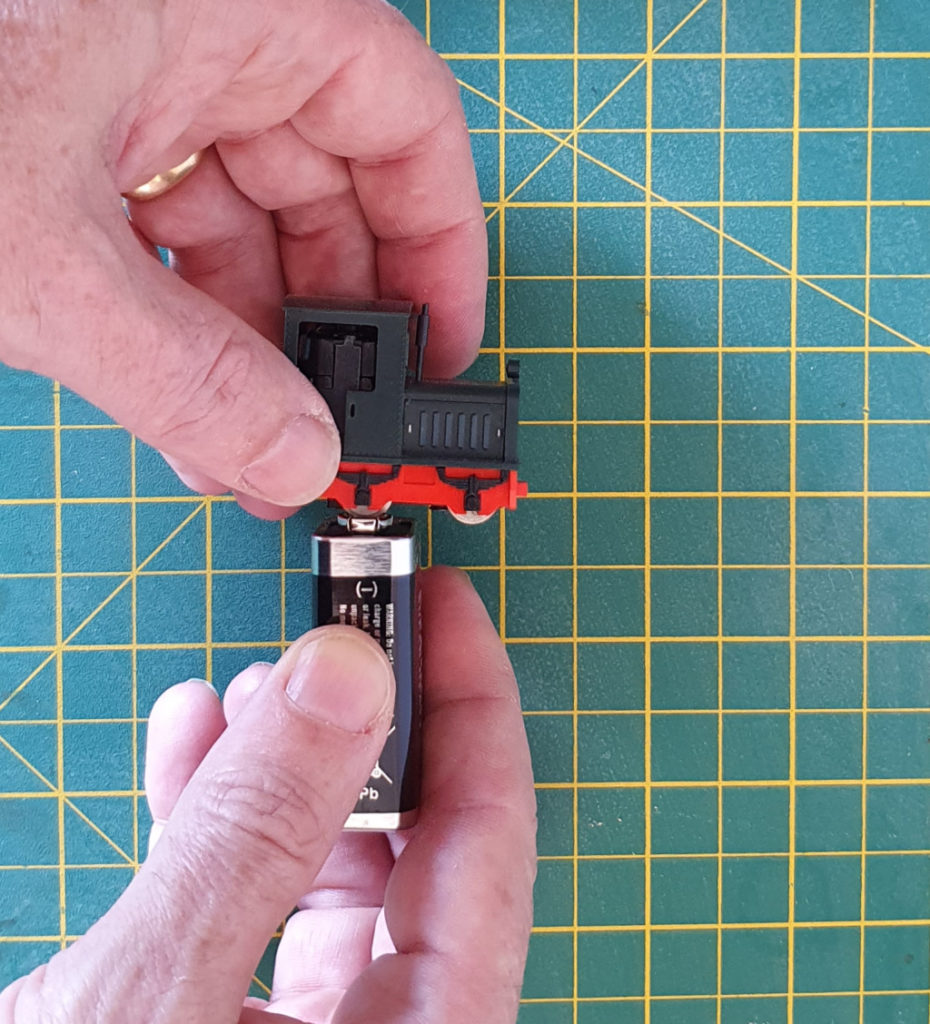 The battery test worked for this loco so why not the OO gauge model?

Confused, I took the same battery and presented it to the wheels of an HOe loco I also had on my workbench. On this four-wheel track trundler the wheels turned as expected.

So concept of the battery test technique worked but why then didn’t the OO wheels spin.

I put the GWR tank engine on my rolling road and gave it a go.

Nothing happened there either.  It actually had a fault. It’s fixed now but this little exercise goes to prove the effectiveness of this budget testing tip. It spotted a problem with a train I didn’t even know had a defect.

So next time you’re out at a shop, boot fair or your preferred venue for getting second hand rolling stock and track, take a 9v battery so you test the engines. Hopefully, they’ll work better than my GWR Panier engine.