Home » Lists » 18 Things Only A Model Railway Enthusiast Will Understand

18 Things Only A Model Railway Enthusiast Will Understand 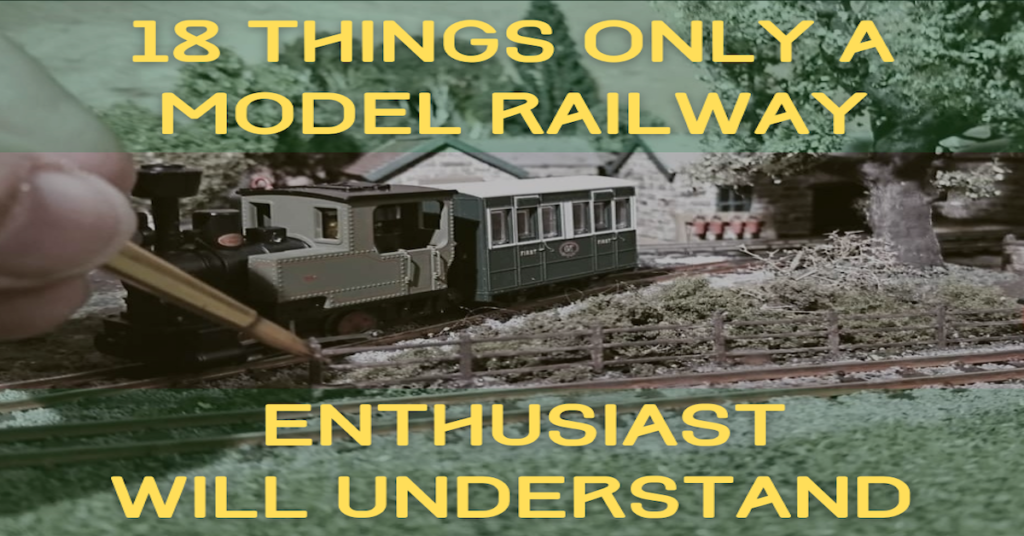 You know you’re a model railway enthusiast when…

For a little fun, award yourself one point for each one you’ve done.

1. When looking at things in your house you immediately think of a use for them on the layout. (They strangely disappear a few days later).

2. When your colleague at work offers you a sweet you dispatch the model train on the train track that you’ve set up between the desks to collect them. Hat tip to Mr Tim Dunn.

I electrified a model railway in the office that brought us gin and tonic at our desks: will that do? pic.twitter.com/W5MOY3DK4K

3. You can’t ride on a train without making mental notes of things to add to your layout.

4. You spend more than 20 minutes contemplating the right spot for a building on your layout, moving it millimetres at a time.

5. The kitchen sink isn’t dirty. It’s paint and glue from your brushes.

6. You rush to the get the morning post (so your significant other doesn’t spot you’ve spent more money on another train…)

7. You hurt your foot from stepping on something… It’s a track pin rather than Lego.

A few LEGO trains to keep you entertained (well, it works for me!) pic.twitter.com/V7TulLCrOx

8. Shhh! You’re quietly pleased when your significant other says they’re going out this evening. Train time!

This, of course, never applies to me 😃

9. Even better… Your better half says you can “play with your trains” as they’re going out. Remember to leave a few minutes spare at the end for hoovering!

10. On a visit to a friend they take you to a station as a surprise. You regale them with precise details of who built it, when and the history of the lines that run to it. They just stare at you.

12. Sunday morning and you’re fishing through the hoover bag to find the little figure that got hoovered up by accident.

13. You find wagons in your pocket. At work….. I still get odd looks from the company restaurant manager since I tried to pay with for my cappuccino with £4.50 in coins and an N gauge GWR brake van.

As a railway modeller the things I get up to when I can't sleep. Rather than just lay there I did something productive pic.twitter.com/xLucfng0Bh

15. You know more about the trains and rolling stock than the staff at your local station.

16. Your gin tastes odd because you’ve just put the paint brush in the wrong glass.

18. Out shopping with friends. You pass a model shop. 10 minutes later they realise you’re not with them anymore. (They know you well enough to leave you there until they head to the pub).

How many did you score?