I first saw this at a trade fair in January but Hornby asked me not to say anything (the picture below is of the pre-productions sample shown there) and I’ve been waiting excitedly ever since for it’s official public launch.

It will be so much fun to see this winding its way around a mountainous forest landscape and disappearing in and out of tunnels! 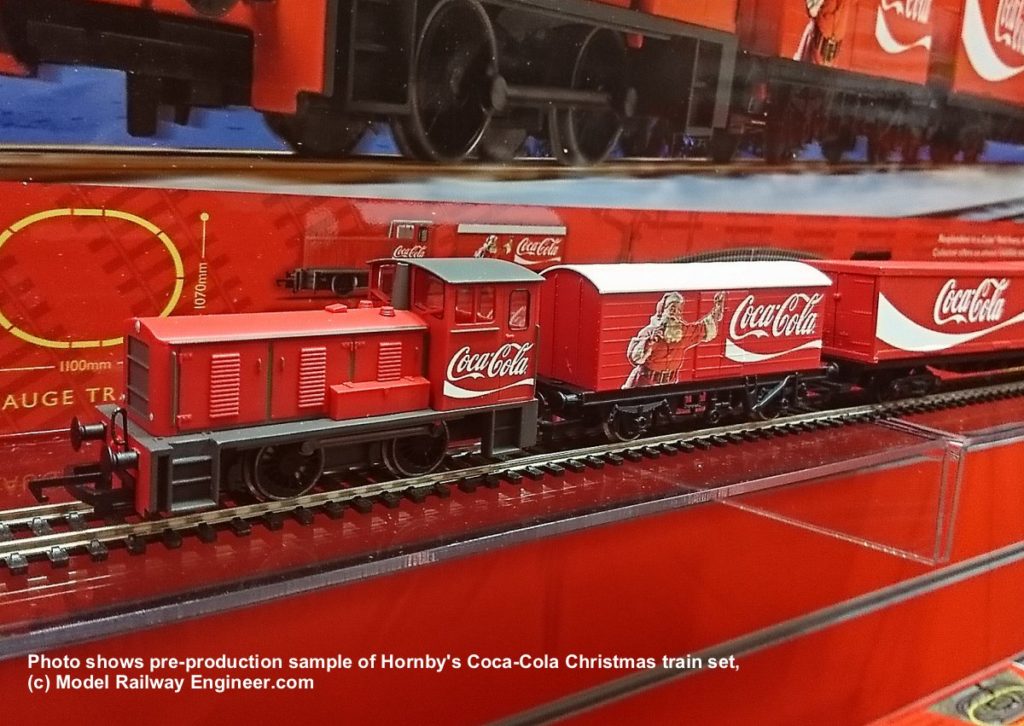 The locomotive included is an OO gauge analogue train and as with Hornby’s other train sets, the set includes a DC controller, track connectors and enough track to create a small oval. This can of course be expanded and built on with Hornby’s track expansion packs.

Personally, I’d like to have seen the Coca-Cola theme bought to their existing Hornby’s Christmas steam train model but this is still a fun train set and bound to be popular with both model railway fans and Coca-Cola merchandising collectors alike and I can’t wait.

It’s expected to be available in September/October in time for the Christmas period at a price of £79.99.


Did you know, last year MRE (this website) was nominated and went on to win Silver for best website in the British Model Railway Awards. This year, I'm honoured that it's been nominated again! MRE is a labour of love and your vote for it in these awards would really encourage and motivate me to develop the site further, creating more free tips, advice and guides. If you would like to support me, please click here and select your entries in the various classes of entry. If you don't have a preference for a particular category, you can skip that class. The Website of the Year is on the final page, just tick the box next to Model Railway Engineer to support me. Thanks Andy, creator of MRE.
Disclaimer: Some links on this page will take you to Amazon or eBay through which you can buy the products mentioned. These links are made under the Amazon and eBay affiliate scheme which means that although the price to you doesn't change I get a small commission on the orders you place. Please see the disclaimer for more details.

MRE uses cookies to give you the best experience on our website. If you continue to use this site we will assume that you are happy with this.AgreeNoRead more
Revoke Cookies