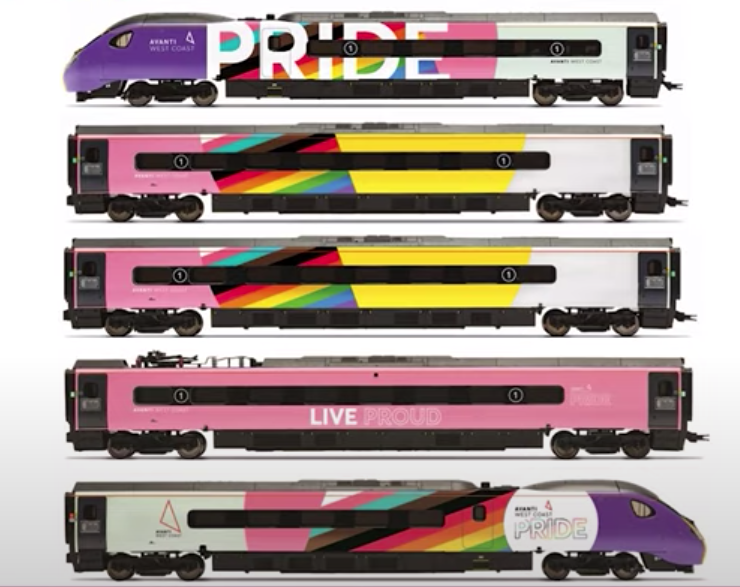 Hornby has unveiled its 2021 range, with new locomotives, train sets, evolutions and re-liveries plus the return of an old friend leading the way. Here’s some of the my highlights.

The full range unveiled by Hornby for 2021 can be seen in the videos below but, for me, the perhaps the biggest highlight of the announcements are new Ruston & Hornsby models.

There are of course lots of other bigger trains, wagons and train sets in the announcement but Hornby’s Ruston & Hornsby 48DS has been one of my favourite Hornby locos of recent years and I’m really pleased to see it joined by a big brother.

The Ruston & Hornsby 88DS is slightly physically larger than the 48DS but is still a charming four wheel loco ideal for small shunting layouts of the type I frequently build.

It’s planned in four different liveries, these being:

These are scheduled for availability mid year, hopefully around July at a planned price of £93.99. Personally, I can’t wait for them. Details at 2.55 in the Railway Modeller video (3rd) below.

As a geek, I love my gadgets so its good to see Hornby continuing their push into new technologies with an addition to their iTraveller Bluetooth controlled train range.

iTraveller allows trains to be controlled from an app on a mobile / tablet via Bluetooth and which has to be future for model train operation.

For 2021, the Margate manufacturer has expanded on the initial launch last year with a new iTraveller 6000 Train Set.

Like their DC and DCC sets, this features an oval of track and trains (a Bagnell diesel shunter and three wagons) but instead of the usual controller it has an interface that allows a Bluetooth enabled phone or tablet to connect to it and then control train functions.

Hopefully we’ll see a lot more added to iTraveller range in the future.

A walk through of this starts at 5:58 in the video below.

The re-return of Dublo

Dublo was the name that Meccano (the original company created by Frank Hornby) used for OO scale trains in 1938 and for last years 100th anniversary range, Hornby reintroduced the Horby Dublo brand with the LMS 6231 “Duchess of Atholl” in retro Dublo packaging.

City of Leicester in early BR Green and two Merchant Navy models, one in BR markings and one in Southern Railway colours.

There’s also a steam version of the Coca Cola-themed loco along with tank wagon and refrigerator van.

I’ve previously mentioned that I’d like to have seen Hornby do a steam version their Coca Cola models so this will be very welcome in my household. It’s just a shame this came after I’ve taken my Christmas tree down 🙁

This is complemented with a Coca Cola branded steam train set which features not just a steam locomotive but a Coca Cola container wagon with 3 containers and tank wagon.

These are covered at 31:31 in the Hornby video below.

There are also new packs for Stephenson’s Rocket launched last year. The 2021 announcement includes packs of a Royal Mail coach and three flat top wagons. See 9.50 from the start in the video for a look at these.

The range of new individual trains is covered from 12.36 in the video and includes two re-liveried six wheel Peckets, three variations of the Terrier (one for the Kent & East Sussex Railway and two BR Terriers), two new Clans, a Battle of Britain. There’s also new Class 87s (in Dark Grey with BR Large loco and Intercity Executive colours). Hornby Magazine’s coverage on diesel locos starts at 21.57 in their video (the second one below). 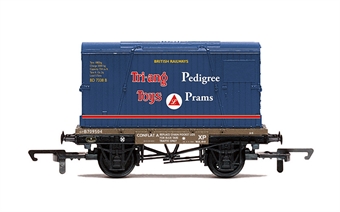 New wagons and rolling stock packs include 4, 5, 6 and 7 plank wagons due around June, refrigerator vans, a distinctive Yellow and Black Father’s Day wagon and hoppers.  The Tri-ang Toys Conflat A wagon is particular appealing and I’m sure will find a home on many layouts.

I’m not a big coach fan but if you like rakes of carriages take a look at the second video below (the Hornby Magazine launch coverage) below, from about 34.50 in.

One introduction for coaches that did appeal was Maglight, a lighting system for coaches. While other lighting systems pull their power from the rails and adds drag to the trains which can cause issues for smaller locomotives, Maglight is battery operated LED strip so can be used to bring lighting to coaches pulled by smaller locomotives. It’s also reed switch operated and can be easily turned on and off. A nice bit of thinking from Hornby! (see 28.37 in on the Hornby video for details).

As you’d expect, the magazines have covered the range news with videos from both Hornby Magazine and Railway Modeller.

Overall, I feel it’s a very well balanced range with exciting new models, new liveries for popular items, expansion on the breadth of the Hornby brands and continuation of new technology in the shape of the iTraveller set.

I just need to find room and budget for those lovely new Rustons!


> A final, personal, note: I spend a huge amount of time testing, photographing, writing and researching techniques for these articles and pay for all the running costs of MRE out of my own pocket. If you found this article useful you can support me by making a donation on my fund-raising page. Thanks and happy modelling, Andy.
Affiliate notice: Some links on this page will take you to carefully selected businesses, including Hornby, B&Q, Rapid Online, Amazon, eBay, Scale Model Scenery and Element Games, through which you can buy products mentioned. These links are made under their affiliate schemes which means that although the price to you doesn't change I get a small commission on the orders you place. Please see the disclaimer for more details.
Updated:Tuesday, January 5, 2021