Home » Blog » The History Of Mining In Cornwall

The History Of Mining In Cornwall 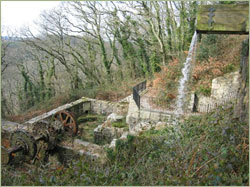 Over it’s 4,000 year history, mining in Cornwall has been a story of ingenuity, invention, problem solving and technological innovation.

“‘wherever there’s a hole in the ground, you’ll find a Cornishman”